For most of us, YouTube is a form of entertainment as well as watching 'edu-tainment' clips or the latest music videos. For sports lovers, it serves as a nice platform for catching and replaying precious moments in their favourite sports events.
Enter Julius Yego - this Kenyan athlete (... no, not the typical track specialist) had other ideas for YouTube. Participating in an event which has never been a speciality for Kenya let alone Africa, he managed to hone his skill and better his technique using this social media platform.
And true to word, his skill got better and his techniques won him the first ever gold medal for a field event for Kenya in the 2011 All-Africa Games in the Mozambican capital of Maputo. This he did by breaking the national record to a then new record throw of 78.34m ( he has since broken it once to 79.95m and attained standard B throw length for the London Olympics).
Thanks to his exploits and his parent sports association in the name of Athletics Kenya, he managed to secure 2 months training stint in Finland which effects led to his attaining qualifying standards. Hoping to better his throwing before the start of the July-August event, Yego will surely join the many sports men and women who have made Olympic folklore not just by becoming champions but also by the mere part of participating in this 4-year sporting extravaganza.
And he stills recognises the role that social media plays in his everyday life of ensuring he becomes a world beater in the throw sport of javelin....thanks to YouTube!
He's truly a Kenyan and African sports legend in the making. Here's an article from Chinese's Xinhua on Julius Yego.
at 13:00 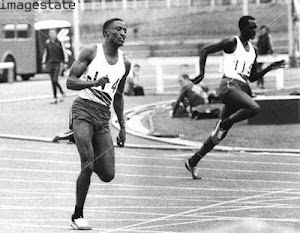 Profile of a Kenyan Sports Personality

This is a look at a Kenyan personality who may have influenced and continues to affect sports in Kenya and inspires all and sundry in sports. It is our hope that you shall reflect on this, take a moment to appreciate the sacrifices and efforts these heroes made. We do take a bow and wave our hats as we cheer true Kenyan patriots in sport!

This one takes a different twist. Having seen individuals grace this column, we have sought to recognize a team of individuals who did some exemplary work and set what has been an unbeatable national and indeed continental effort.

Kenya has never been a major power in shorter races 400m downwards. Back in the late 1960s and early 1970s, this was a different script especially with the more exciting relay races. It is in 1968 when Kenya’s dominance came into play and with it a retinue of athletes who would become legends of their era.

The 4x400m races are usually the climax in the athletics calendar of events and in Mexico ’68, Kenya’s team including Charles Asati, Naftali Bon, Munyoro Nyamau and Daniel Rudisha ( the latter being the father to David Rudisha - current World and African champion in 800m) had other ideas coming 2nd to USA.

In 1972, the 4 x 400m team was tweaked a bit and the final race was run by Charles Asati, Munyoro Nyamau, Robert Ouko and Julius Sang blazing the track to come up with the only other Gold medal from the Munich Games. But for this unprecedented move and none that has been done before by any other African nation, we salute our compatriots making them the Kenyan sprint legends! 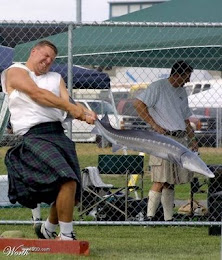 “I owe a lot to my parents, especially my mother and father” –Greg Norman

1. You and your opponent want the same thing. The only thing that matters is who works the hardest for it.

3. "If practice makes perfect, and no one is perfect, why practice?"- Derek P.

Recently at some social setting we were engaged in a club quiz and one of the questions was about swimming. This sought to know which stroke was not among the competitive ones till 1956. One of our team-mates (we were 6 said that it was back-stroke while I argued it was butterfly, and the majority thought the former ….guess we should have stuck with my answer though!)

All the same, this sport has become one of the most competitive sports in any major sporting extravaganza in the form of the All-Africa Games, Commonwealth or indeed the Olympic Games. Kenya has lately featured in this very involving and energy-sapping sport. Thanks to the exploits of the Dunford brothers who have shone the spotlight on the country away from traditional sports in athletics, football, boxing and rugby. But what do you understand from the sport? Here’s a brief of it from different sources;

According to Wikipedia, swimming is based on the human act of swimming, that is, locomotion in water by self propulsion, with the goal of completing a given distance in the shortest amount of time. Swimming is distinguished from other aquatic sports (such as diving, synchronized swimming, and water polo) that involve swimming but the goal is neither speed nor endurance.

Competitive swimming consists of four strokes: butterfly, breaststroke, freestyle (or front crawl), and backstroke. When all four strokes are done during a race, it is called medley swimming (otherwise known as the individual medley, or I.M.). It is governed by the Fédération Internationale de Natation Amateur (FINA).

The goal of competitive swimming is usually to have the fastest time to complete a given distance. Competitive swimming became popular in the nineteenth century. Swimming is an event at the Summer Olympic Games, where male and female athletes compete in 13 of the recognized events each. Olympic events are held in a 50 meter pool (long course).

There are 36 officially recognized individual swimming events – 18 male events and 18 female events; however the International Olympic Committee only recognizes 34 of them – 17 male and 17 female. Most swimming sport events are held in special competition swimming pools, which are either long course pools such as those used in the Olympic Games (50 m) or short course pools such as those used in the FINA World Swimming Championships (25 m) (25 yards or 25 m). Competition pools have starting blocks from which the competitor can dive in, and possibly also touch-sensitive pads to electronically record the swimming time of each competitor.

In most competitions, the competitors are required to wear swimwear/swimsuits to adequately cover their bodies for the dip. However some suits have created controversies which have seen FINA coming up with standards to adhere to ensure competitors do not have undue advantage over each other.

The sport can also be pursued for personal fitness and is considered by fitness enthusiasts as one of the few that does an all-round job body of keeping the body in shape. It also requires healthy diets and rehydration (yes even if your body’s dipped in water)! Famous names in the sport include Mark Spitz – 7-gold medals winner 1972 Olympics and Michael Phelps – 8 gold medals - Beijing 2008.